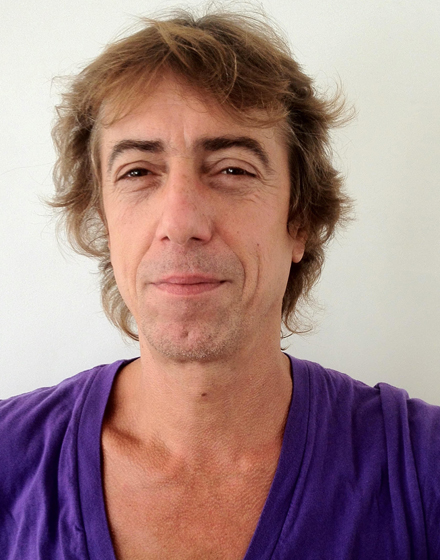 Philippe Taupin is from Paris, France and is graduate of the Pilates Method of origin, the Romana’ School of New York, since 1995. Having practiced sports such as martial arts, figure skating, and fencing, he started the Pilates method during his first stay in New York in 1991. But in 1993 he returned to the United States and devoted himself seriously to learn the Pilates method at Drago’s gym (New York) with Grand Master Romana Kryzanowska.

Philippe then stays learning at Drago’s for 2 years with Romana and Sari, getting up at 5am to be in Drago’s gym at a quarter to 7am from Monday to Friday. (He was a roommate in Romana’s place in New York during that time). He then taught classes with many ballet dancers in NY and then in Great Neck (Long Island) in a Physiotherapy Center for 1 year.

In 1997, he introduced Pilates in France (there was no Pilates Studio at all at this time) by opening his Studio in Paris, the Studio Pilates de Paris. He has conducted numerous workshops in the USA, north Africa and Europe, as well as at Stutggart Vienna with dancers and at the Hospital de Banburry in England. He became a level III trainer in 2003, then named level II in 2007 and level X in 2017. For over 18 years he has trained more than 260 Pilates teachers who have taught since then in France and abroad.