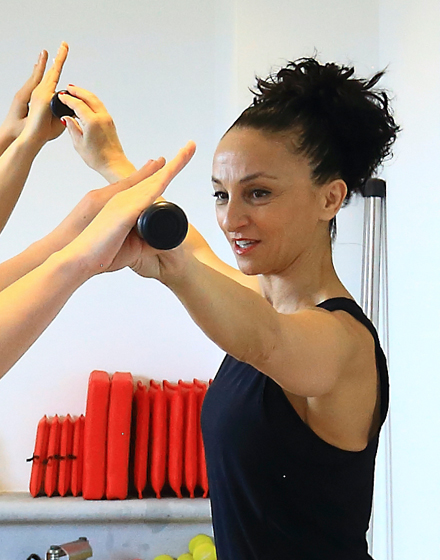 In 1987, she met Laura Marini and joined the company “Fabula Teatro Danza”. Intrigued by the body and how it works, she became a Shiatsu therapist too.

In 1996, she went to the United States to deepen her knowledge of the Marta Graham technique. Here she tried the Pilates method for the first time.

In 2001, she returned to the United States and devoted herself to learn the Pilates method with Romana Kryzanowska. At the same time, she was studying ballet and contemporary dance at “Studio Steps” in Broadway, “Ballet Art”, “Mark Morris School” and “Merce Cunningham Studio”.

In 2003, she went back to Italy where she opened her studio in Pistoia, “Pilates New York”.

In 2016, she became Instructor Trainer Level II, first in Italy, and Regional Director.

In 2021, Flora and some other instructors opened a new studio in Florence, “Pilates International Italia”.