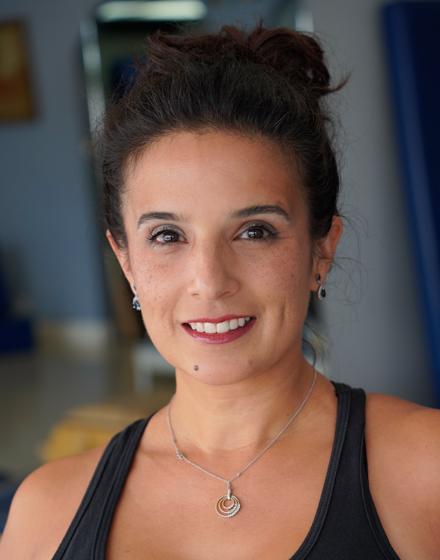 Daria started taking ballet and movement class with her grandma, (Romana Kryzanowska) when she was three years old along with several friends. I didn’t have any idea that my grandma was giving us exercise because it was fun! She had no idea how influential and important her grandma and mother were in the Pilates world, although she knew all about Uncle Joe and Clara. Her mother Sari and her brother Paul were called “Pilates babies” by Joe himself. They both did Pilates from a very young age as well.

It wasn’t until she was in Emerson College in Boston that a friend talked her into taking a Pilates lesson at the studio again. Daria quickly rediscovered what it could do to help people physically and mentally and how much her mother and grandma did for people – she was immediately hooked and immediately pursued instructor certification. She has since taught with Romana and Sari throughout Europe, Australia, Central/ South and North America. Daria currently resides in Florida and also operates the Romana’s Pilates home studio.