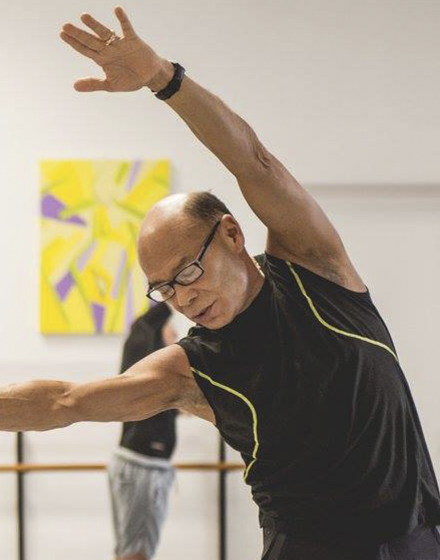 Anthony Rabara – was introduced to Romana Kryzanowska because of a dance injury. She worked with him and shortly thereafter invited him to help her teach. He began working with Romana Kryzanowska in 1979 at the Pilates Studio on West 56th street in NYC. Anthony was one of the original eight teachers who were the first to be certified by Romana in the mid1980s. Anthony cites Romana’s positive influence as the enduring force that stays with him daily. In his own words, “I always refer to her as I teach. She was very generous with her knowledge to so many people and would spend hours a week with us in the afternoons as we taught to be around her. I hope I can always be that generous. As Sari Mejia Santo said of her mother Romana, “She brought out the best in everyone.” And it is true one could not have asked for a better teacher. Anthony holds advanced degrees in Dance and Music. His studio in Princeton New Jersey was opened in 1989. He also teaches at LifeSpan Pilates with Cynthia Shipley and Sari Santo several times a month and helps train apprentices on those days.